Taking advantage of cheap train tickets, I spent Sunday in London.  Wandering the streets of the City of London I initially walked past Leadenhall Market and just couldn’t see the image.  On my way back round about an hour later I decided to suck it and see.  Using a polariser and a 10 Stop filter this was the image I managed to capture:

Whilst I was here I met two other photogs.  There is something nice about meeting others from the community and exchanging stories and places to visit.  One guy showed me his homemade Lens baby.  I think I have a project I need to start!

Ely (pronounced eee-lee), Famous for Oliver Cromwell also contains a magnificent cathedral.  Founded in 672 by Etheldreda, this cathedral has undergone many facelifts over the years. The story of Etheldreda is fascinating and can be read here.

The cathedral in its most recognisable form took 112 years to complete and this can be seen in the architecture.  The bottom of of the cathedral reflects a much older period with rounded simples arches.  These arches become more ornate as the levels increase, with interlocking arches and pillars.  Interestingly the top arches reflect a much more stable and newer design with a more pointed top.  In one wall you can see 112 years of architectural history and innovation.

Candice and I took the West Tower tour which I highly recommend. It is 15 pound for the tour and cathedral general admission fee.  The tower tour also includes an excellent history on the cathedral and the west tower, and with our guide, a history of the local fens too!

Amazingly Ely Cathedral is built on only 6 ft of foundations.  That is incredible, but over the years this has caused some major structural issues.  Here you can see where the original arch used to be before strengthening with these newer pointed…and thicker arches were implemented.

On the west tower we were able to climb to the top where we we treated to great views of Ely and the Cambridgeshire.  Here you can see the octagon tower, which is unusual for a normal church.  This tower was created after the original tower fell down.  The foundations for the Lady Chapel, seen of the left, caused the lowering of the water table and the drying out of the clay beneath.  This then caused the tower to collapse at about 4 am.  The octagonal chase was the formed by building just outside the original footprint of the previous tower. 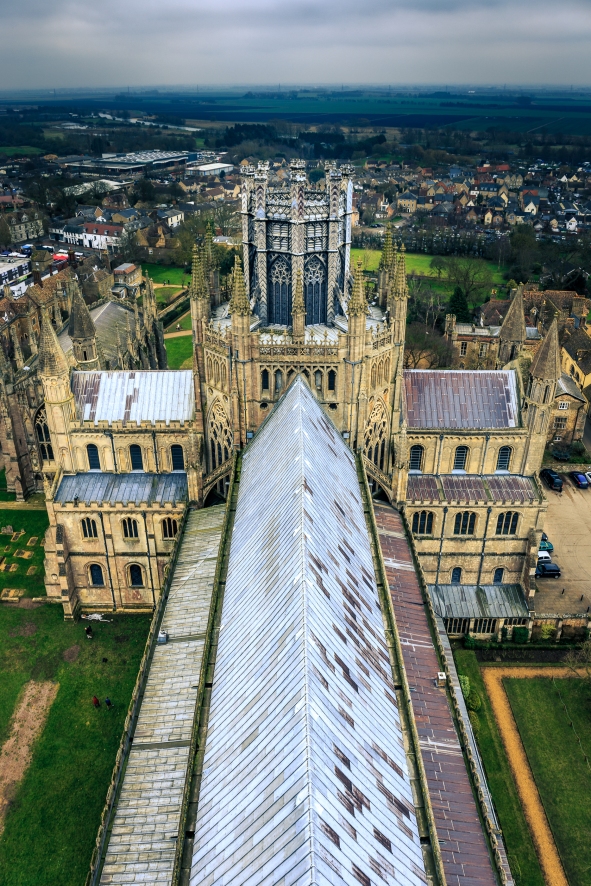 The stone used to create the cathedral is not local stone, which is too hard and brittle and cannot be shaped, but was shipped down river from Barnack in Northamptonshire. Barnack stone is more easily sculpted, however some of the local stone can be seen in the walls as infill.

After the tour we browsed the rest of the cathedral and boy is it HUGE!

Many a grand palace has been built in the name of ones god and this is no exception.  I’m not a religious person, intact I am atheist, however Ely Cathedral is an excellent example of grand design and beautiful architecture.  At least, in my non expert opinion!

The wooden box in the above photo is a mirror allowing you to view the magnificent painted ceiling.

Lastly, and although we didn’t go in, there is a stained glass museum on site.  If the window depicting the crowning of Esther are anything to go by, the stained glass at Ely Cathedral is just as ornate and magnificent as the rest of the building! 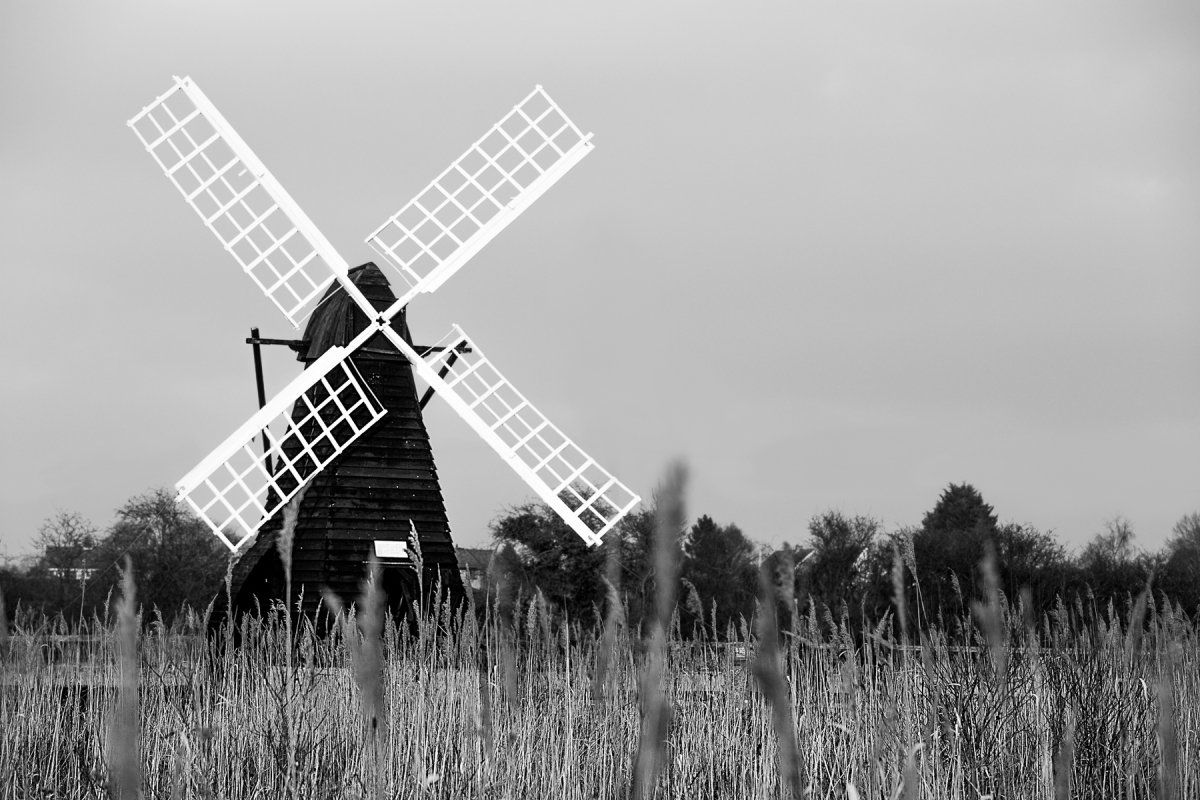 Approximately 16 miles outside of Cambridge is a national trust nature reserve called Wicken Fen.  We arrived at about 3pm with my idea being to set up for a sunset image of the wind pump.  These wind pumps were used to help drain the Fens in a similar manner to the techniques used by the dutch, and are partly why the netherlands are so famous for their windmills!  The draining of the Fens is a really interesting story and you can read more here.

Wandering around the nature reserve and up the board walk brought us to a bird watching hide.  Unfortunately nothing of interest was actually going on and I didn’t have time to spend waiting there for bird photographs as sunset was around 5:15. So we wandered off up the nature trail.  To say that we were under prepared for marshland is an under statement.  I guess the clue is in the name “Fen” but still, that place is boggy!  We attempted to make it up one of the dirt tracks only to be blocked by a some pretty deep water and mud, and with Candice nor or having Gum boots (and a rental car!) we decided to turn around and stick to the board walk.  That’s when I saw a huge barn owl swoop from the trees (no photo sorry).  Such a majestic creature though and for the rest of the evening we saw a couple flying high searching for prey.  Just after the barn owl we saw a Muntjac Deer.  Look at him, he is so adorable!  He was bouncing up and down the path about 100 meters away from us.  In fact I think there were several deer with only really one being spotted at any one time.

Candice decided she didn’t want to stand in the cold while I took sunset photos so she kept on the board walk trail.  I, on the other hand, decided to head to the wind pump to set up for what I hoped would be a big reveal.  The day was fairly cloudy but sometimes all you need to be is patient and a burst of light at the right time can really make a photo.  Unfortunately I was out there for over an hour watching the light and that cloud would not budge.  There was no colour and no interest in the sky.  As I was setting up I tried a few different things with focal lengths and lenses. Due to the lack of interest from the sky at any part of sunset, I was happiest with this image converted to black and white from the 70-200.

I guess this means I need to go back and try again.

Kudos to Hertz car rental though for the cheap car for the weekend.  No sponsorship here, they’ve just been the best deal and I’ve used them twice now.

All in all Wicken Fen is a great place to go and see some wildlife and I highly recommend spending an afternoon there.  I wouldn’t go during the school holidays if you want to enjoy a peaceful wildlife experience as kids tend to be noisy, but during normal days I’m sure it would be much quieter. 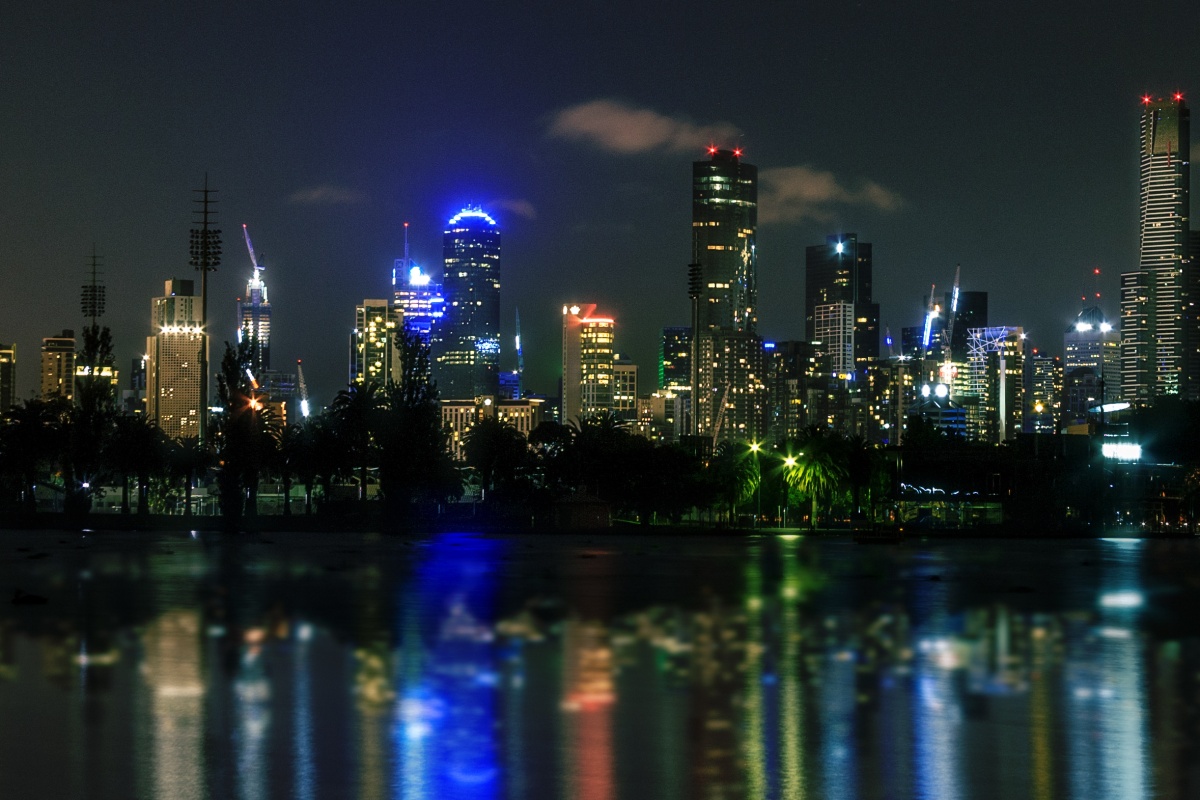 A friend was leaving Melbourne and as a gift my Image of Melbourne from the VCCC was given to her by our old work colleagues.  This sparked me to go through some old images and reprocess one or two now that I have developed better skills in Lightroom and Photoshop.  This one is of the city of Melbourne from Albert Park, back in 2014.

My last trip to the UK had me back to my roots in the New Forest.  Set aside by William the Conquerer, as a hunting ground, this National Park on the south coast of England is home to 4 different species of deer.  This guy was quite happy to roam free and flaunt himself in front of us safe in the knowledge the only shooting I’ll be doing is with my Canon 6D!

Just because the Day is dreary, doesn;t mean you can’t capture an Image.

It has been a while since I have taken anything due to starting a new job etc but I HAD to get out and get something.  In the end I settled on this simple scene not far from my house.  Cambridge (and the UK) is full of little-terraced houses.  In the winter they look dreary from the outside, but inside they are warm and cosy…

All images on this website are subject to copyright and must not be copied in full or part or otherwise used without permission. Feel free to contact us if you wish to use/license an image